What to do and see in Marrakech ??. 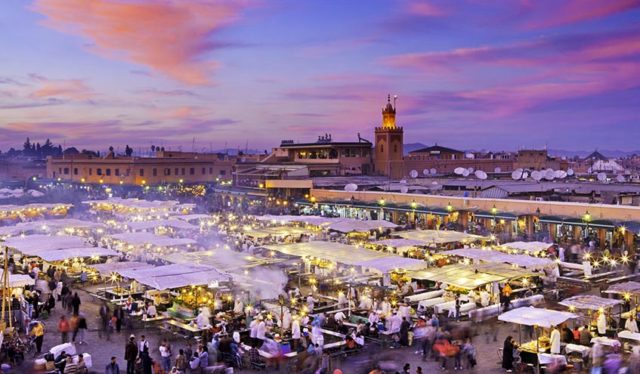 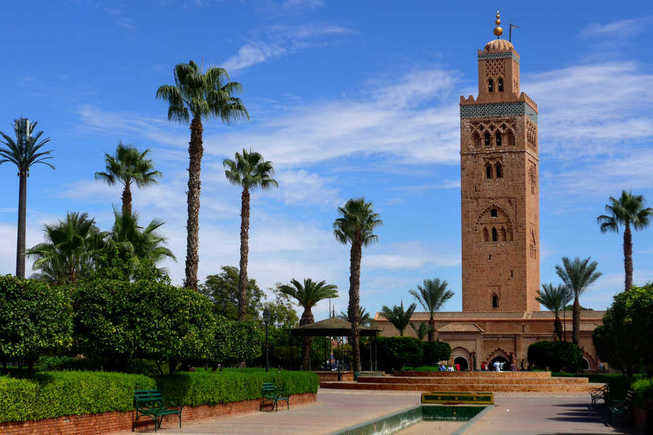 Bahia Palace
The Bahia Palace is a palace and a set of gardens located in Marrakesh, Morocco. It was built in the late 19th century, intended to be the greatest palace of its time. The name means "brilliance" 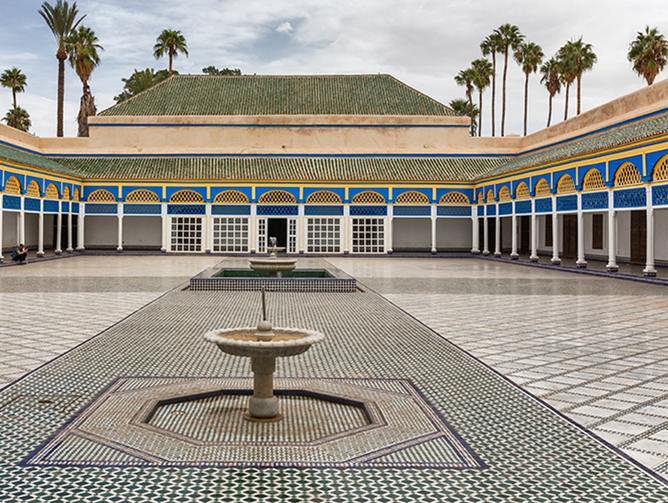 Badiaa Palace
El Badi Palace is a ruined palace located in Marrakesh, Morocco. It was commissioned by the sultan Ahmad al-Mansur of the Saadian dynasty sometime shortly after his accession in 1578. The palace's construction was funded by a substantial ransom paid by the Portuguese after the Battle of the Three Kings. 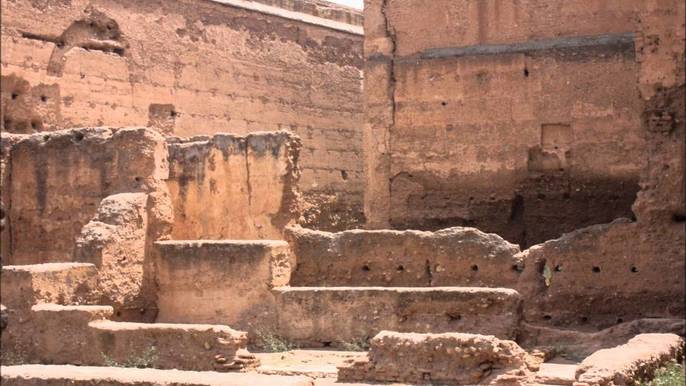 Saadian Tombs
The Saadian tombs are sepulchres in Marrakech, Morocco, which date to time of the Saadian dynasty sultan Ahmad al-Mansur. They are located on the south side of the Kasbah Mosque. The tombs were discovered in 1917 and were renovated by the Beaux-arts service 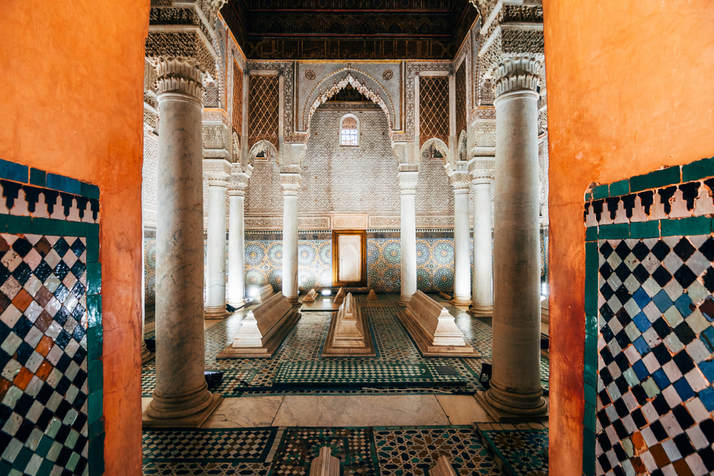 Marrakech Museum
The Museum of Marrakech is an art museum located in the old center of Marrakesh, Morocco. The museum is housed in the Dar Menebhi Palace, constructed at the end of the 19th century by Mehdi Menebhi. The palace was carefully renovated by the Omar Benjelloun Foundation and converted into a museum in 1997Marrakech Museum 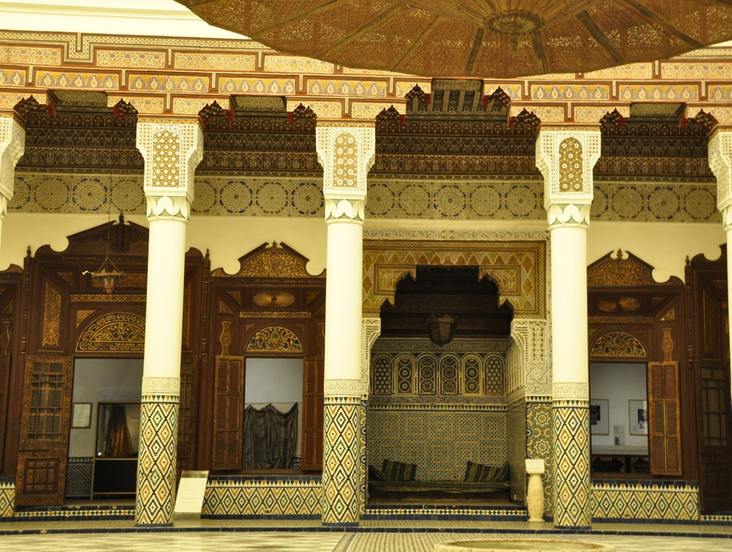 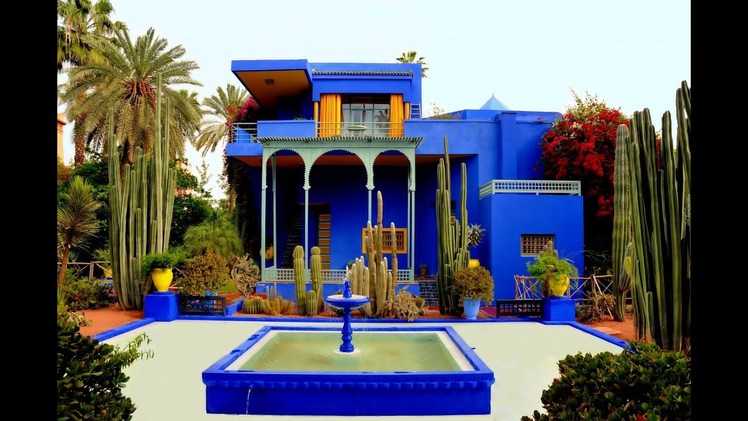 Menara Gardens
The Menara gardens are botanical gardens located to the west of Marrakech, Morocco, near the Atlas Mountains. They were established in the 12th century by the Almohad Caliphate ruler Abd al-Mu'min. The name menara derives from the pavilion with its small green pyramid-shaped roof, meaning lighthouse.Menara Gardens 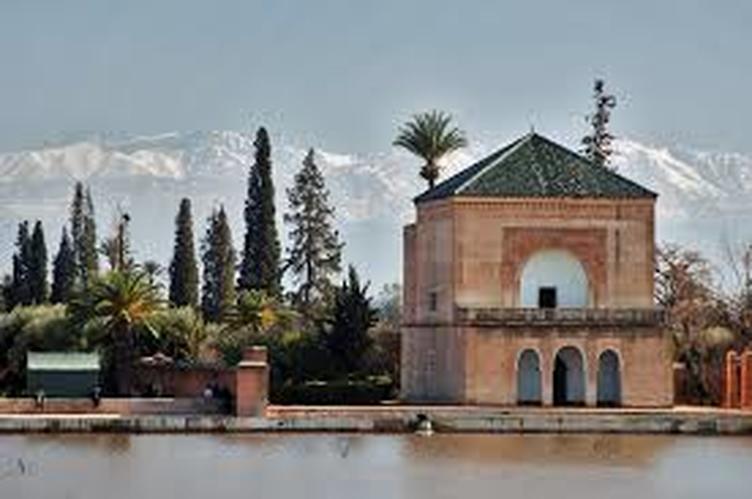 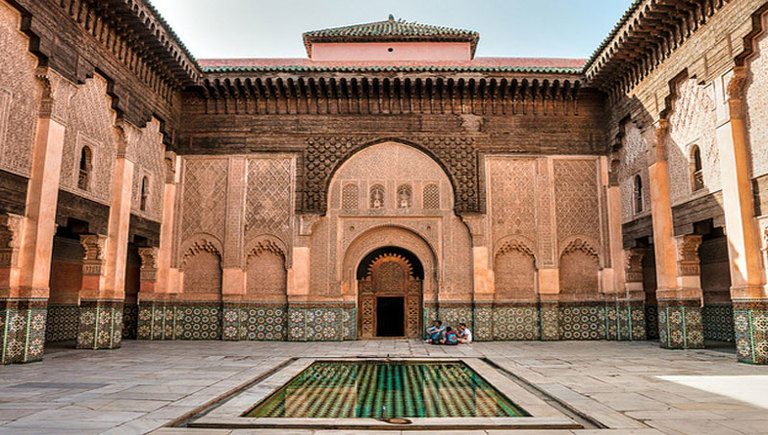